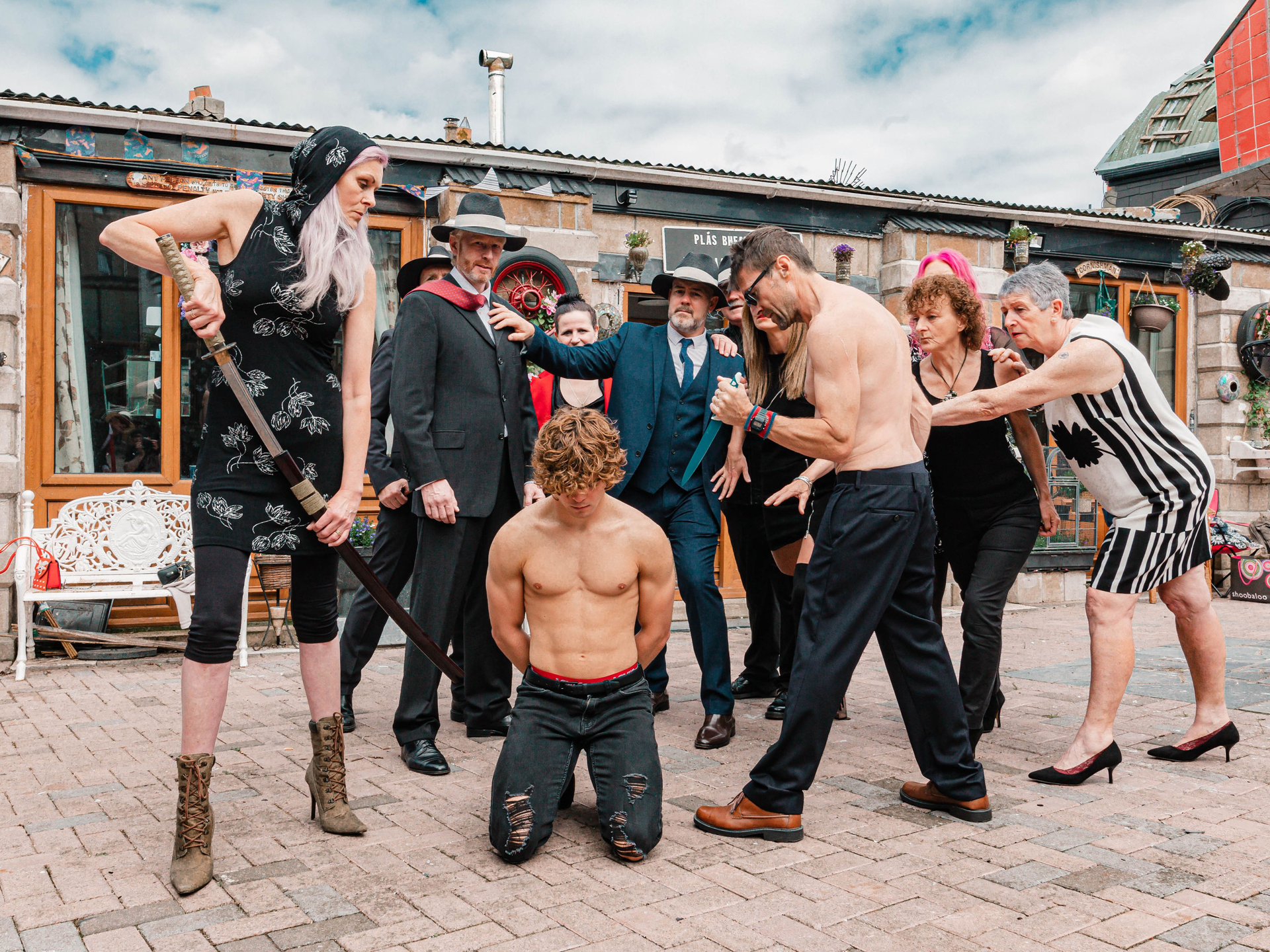 Usually, I start with a Title

I want to make an ambiguous piece of work, a painting that asks questions rather than seek answers.

The story is portraying a mob mentality already hell bent to being judge and jury and taking matters into their own hands attempting the execution of an Innocent ,so to speak.

But Society has a moral conscience and is no longer lying down ,in fact the opposite is about to take place where people are going to fight back at any cost.
The actions are met with fierce resistance and a melee ensues, the outcome isn’t clear and this is the grey area that makes the idea interesting.
The Voyeur has to work and make make his or her’s own mind up.

So for this Painting I knew from the outset that I was going to need a good array of characters and people to model for me.
I came up with the idea of asking some of my swimming friends, some of which were artists but most were workers from a computer, architecture and industry backgrounds. I was very confident that they would get the concept immediately and in was a relief to have them onboard.
We arranged to meet in Macs yard on a Saturday morning.

I had asked everyone to come dressed formally. The men in their sharp suits and ladies in beautiful Gowns. My Friend Mac has a large yard which was perfect and allowed plenty of room to stage our scene.

I had made a preliminary drawing of the concept of the painting and it showed the positions people should take, marking the floor where everyone should stand so there wouldn’t be any confusion.
I was very fortunate to have the talents of a magnificent professional photographer from Poland named Szymon N? To take the shots.He didn’t disappoint.
The Scene was set and Action was called .

Process and working on the piece

I prepared the rather large canvas (5 feet x 4 feet )with a neutral background colour.
The next day I would start with my grid.I began to draw the models in their positions working from a photograph.
Standing back from the drawing I realised that I would need to move certain characters as I wasn’t happy with some of the poses.
I also changed some of the models positions, this is a very arduous process and time consuming but I knew if I didn’t get the lay out right the painting would fall short and wouldn’t work.

When I was happy with the lay out the painting could commence.
I like to fine line the detail of the figures and get the likeness right.
his will appear like an ink drawing from the beginning. When this is dry I start to add skin tones and work on the costumes.
I’m never quite sure of the background until all the models are painted in full pose.I know it’s going to be dark to add to the drama of the subject matter but this could also be changed down the line.

I will use a glazing technique to layer the painting to give it depth.
I’m unsure of the time scale for this piece of work , I hope I can do the idea justice. 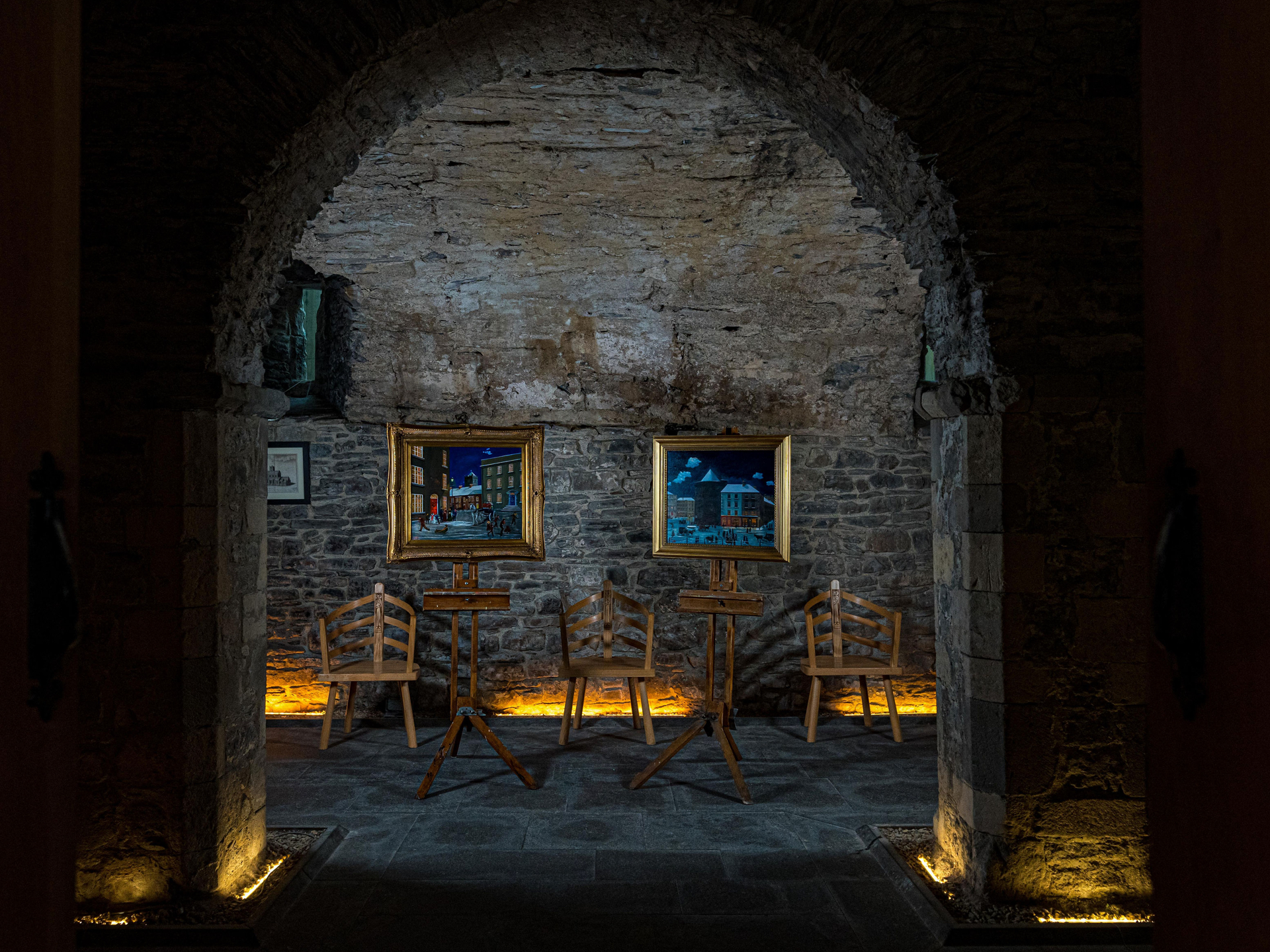 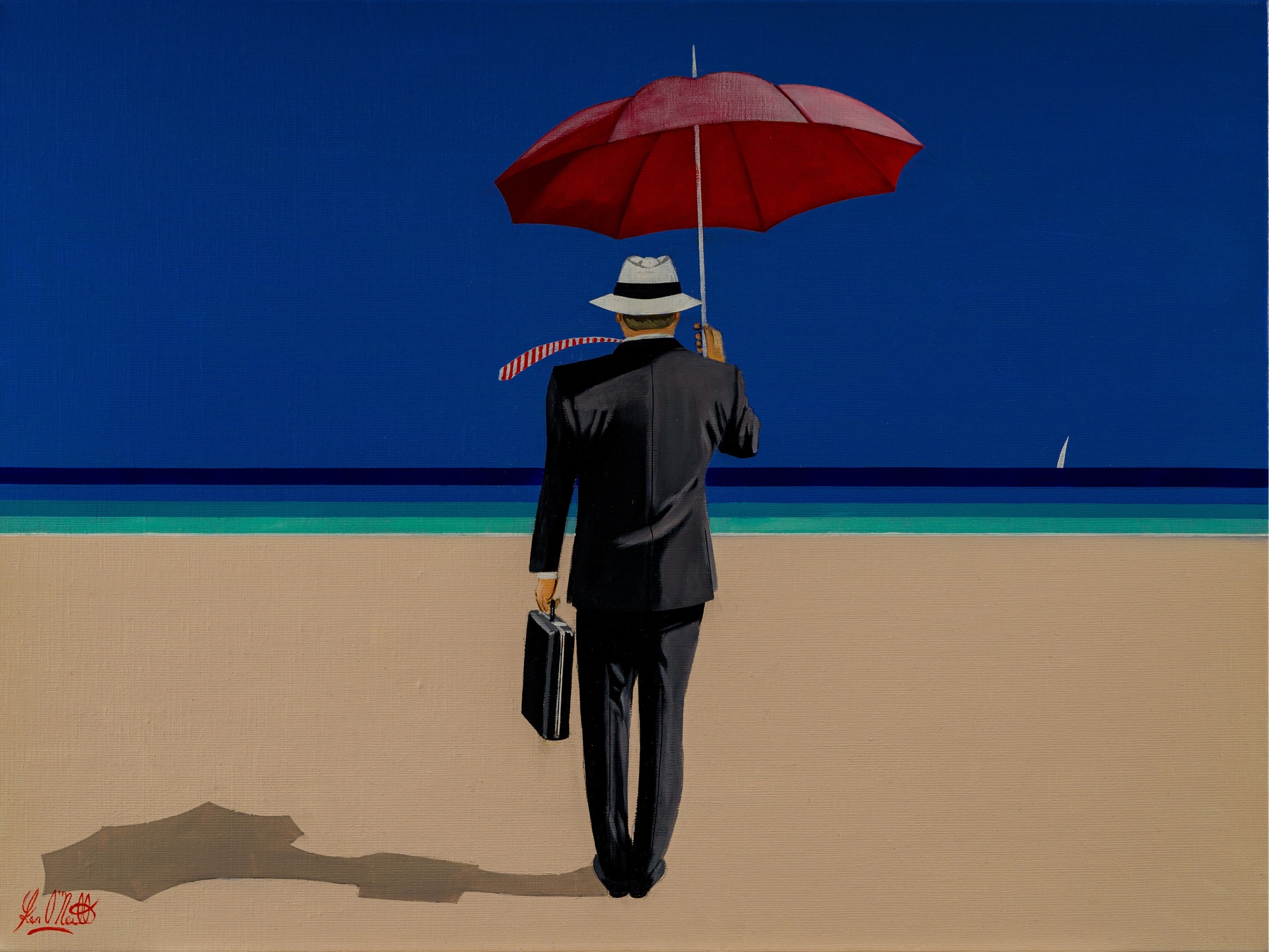